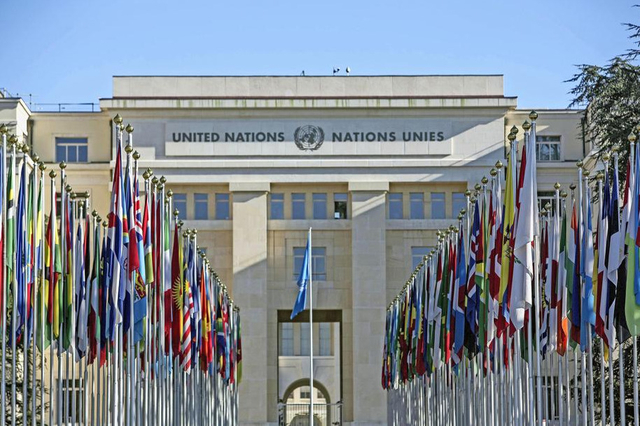 To: The United Nations (UN).

To: Mechanism of Experts for the Right of Indigenous Peoples

Item 8: Best practices and strategies for the implementation of the United Nations Declaration on the Rights of Indigenous Peoples.

SUBJECT: Urgently requesting support against ecocide, the violation of human rights, Indigenous Rights and the destruction of Cultural Heritage.

We are calling to the United Nations and the whole International Community to take urgent actions because of the authoritarism, discrimination and the systematic violation of the Indigenous Peoples Rights by the Mexican Gobenment, for which we are really concerned. I would like to take this opportunity to inform you about a situation on the ground in an Indigenous Community, which endangers the cultural heritage, the identity, the language and the ancient wisdom of the Otomi Toltec People.

This is an emergency call and a complaint against Enrique Peña Nieto (President of Mexico) and Eruviel Ávila Villegas (Governor of the State of Mexico). They are imposing the construction of a railway and a private highway from Toluca to Mexico City (to benefit mainly to Higa Group owned by Juan Armando Hinojosa Cantú), cutting through a huge archeological zone where ancient Pyramids and Temples are buried under the earth which are sacred to the Indigenous Peoples and part of their cultural Heritage. One Pyramid and other sacred temples and basements, have already been destroyed in the Ceremony Center of Dongu between the towns of Lerma and Ocoyoacac. An ancient and sacred forest has also been destroyed and the springs greatly polluted. With unacceptable practices of discrimination, racism, corruption, repression and expropriation the Mexican Government is trying to impose another Private Highway (from Toluca Airport to Mexico City) and committing ecocide and ethnocide in Xochicuauhtla as well.

Also 3 month ago on the 11th of April, the government of Mexico, ordered a forceful invasion of the ancestral territory of the Otomi Toltec people in the Community of Xochicuauhtla. 1,000 police entered homes using teargas, led pipes, kicking and dragging the people evicting the Otomi Toltec People from their homes with great violence. They demolished homes of the indigenous people with bulldozers, leaving the people devastated and without shelter or any compensation.

We want to live in peace, justice and dignity for all peoples and in perfect harmony with nature.

Thank you for your time and attention